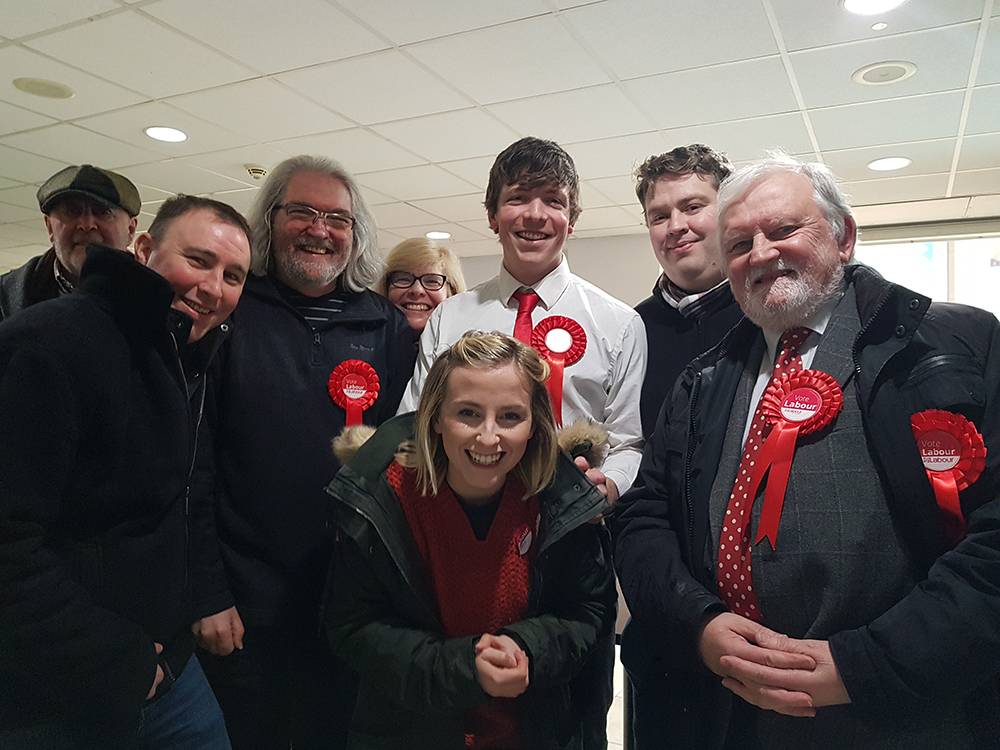 Labour’s candidate Kallum Taylor has become the newest member of City of York Coucil, elected with 50% of the votes cast in the Holgate by-election yesterday.

Speaking shortly after the result was announced, Kallum said:

“Tomorrow the real work begins. For me. For all of us. We have to keep making our voices heard so that more people hear them, and our voices become a shout. A shout of outrage at the way so many people in York are living. No. Not living. Existing. Existing because they’re working two or three jobs just to stay still. Existing because their home is unsuitable or affordable or both. Existing because they have loved ones who can’t get the care or medical attention they need. In a city like York it’s just not right that we have children who are hungry, families who are homeless and – behind closed doors and curtains – people isolated by austerity.

“I’ll not forget speaking to one of our senior citizens on the phone about the holes in Holly Bank Road. He thanked me for calling, said he’d vote for me, and then added that I was the first person he’d spoken to all day. It was 8pm at night. It’s not just our roads here in Holgate which are full of holes, it’s the policies of our council. Short-term, bodge it, patch it up policies with no vision and ambition for our city.

“Now you have put your faith in me, I will take your passion, your energy and your hunger for change into the council chamber. I will work hard to deliver the policies that Holgate and this city deserves.

“Let’s inspire members, supporters and sympathisers across the city and out into the villages to win enough wards to turn York red next year. Only by delivering a Labour controlled council can we transform York into a city of hope and opportunity for the many.

“Tonight is the start of that change. Together we can deliver it.”