Clarification called for on waste collections

Labour’s shadow environment spokesperson is calling for clarification on waste collection policy after a number of streets have reported non-collection of waste in the past week. 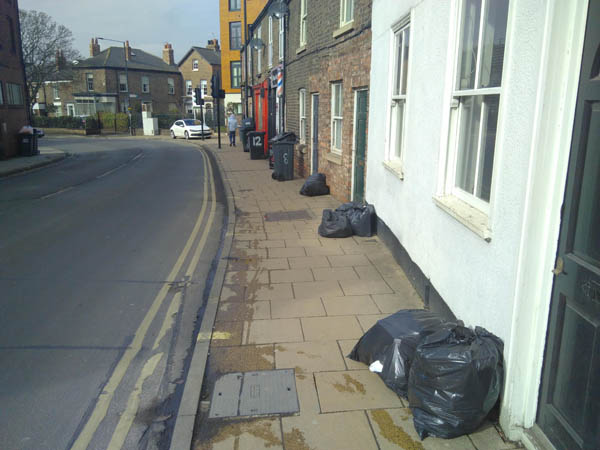 Coun. Danny Myers queried the council’s response to missed bin collections in October last year after a number of properties in his ward and elsewhere did not see their refuse collected. At that time the council confirmed that its staff would only return to collect waste as soon as possible where a whole street’s waste had not been collected.

Coun. Myers said “Contrary to what it said in October, we now have the council stating that in the case of whole streets it won’t return to collect waste as soon as possible, but a month after it was last collected for those with wheelie bins. It’s quite understandable that residents are up in arms about not receiving waste collections, particularly as it’s one of very few frontline services everyone expects to receive”.

Coun. Myers said waste staff continue to do a great job, despite the challenges they experience with poor weather. But he says the issue of catch up collections when the weather improves is unclear. A number of streets have been hit in Acomb, Clifton, Bishophill, Huntington and Haxby in the past few days, further to press reports earlier this week of no waste collections taking place in Danebury Drive, Acomb.

Coun. Myers said the advice he received last year should be kept to, of collection ‘as soon as possible’ for whole streets or the council should come clean and say in the event of heavy snow, that some streets will temporarily move to monthly collections.

“It may be that there is simply insufficient capacity and money in the system to deliver this important frontline service when bad weather arrives”, said Coun. Myers. “But if this is the case, residents need to know the council’s policy so they can plan for it. Four weeks of refuse piling up on the street or on people’s properties doesn’t seem to me to reflect a commitment to frontline services by Liberal Democrats and Tories running York Council”.

Coun. Myers is writing to the council’s Liberal Democrat Executive Member for Waste to get clarification on the council’s latest policy, so there is transparency on what service the public can expect to receive in future.